If you’re a candidate for in vitro fertilization (IVF), you’ve probably learned a lot of new information before making the decision, and that likely includes a whole new vocabulary. There are a few more acronyms you should know if you don’t already: PGD and PGS, which are pre-implantation genetic tests. Although these terms may be used interchangeably, they are actually different.

Preimplantation genetic testing is performed before embryo transfer during IVF so that doctors may pick one without a known or suspected gene problem (PGD), or one without an abnormal number of chromosomes (PGS). The goal of both PGD and PGS is to increase the chance of selecting a healthy embryo that will develop into a healthy baby. These advances can make a real difference as birth defects occur in nearly one in 20 pregnancies, ranging in severity from minor anatomic abnormalities to extensive genetic disorders, including mental retardation. Click here to learn more about genetic testing for birth defects.

So, if you’re undergoing IVF, or thinking about it, here’s more information about whether such a test might be right for you.

What is PGD or preimplantation genetic diagnosis?

PGD is a technique that provides information about the gene make-up of the cells found in an embryo (a fertilized egg). An embryo biopsy removes about 3-8 cells from each day 5 embryo (a blastocyst), then cells are sent to a lab for testing. The embryo is usually frozen and implanted later. PGD can be used to identify approximately 2,000 inherited single gene disorders and is 98 percent accurate identifying affected and unaffected embryos.

Who benefits most from PGD?

PGD is generally used by couples with a family history of a serious or deadly disease who worry about passing it on to their offspring. PGD helps by looking for specific markers for a certain disease, for example, single gene disorders including cystic fibrosis and sickle cell anemia. It is also used when there’s a family history of sex-linked disorders including Fragile X syndrome and Duchenne muscular dystrophy. Parents may also use PGD to find matching stem cells for other siblings in need of a bone marrow transplant.

What is PGS or preimplantation genetic screening?

Who benefits most from PGS?

All couples are at risk for having abnormal embryos. This risk increases significantly as a woman gets older. An abnormal embryo almost always fails to implant, or if it does, ends in a biochemical pregnancy (only hormone evidence of pregnancy), miscarriage, fetal death later in pregnancy, stillbirth or a baby with abnormalities.

Couples undergoing IVF may select PGS because they have severe male factor infertility, recurrent IVF failures, older age or a very large number of embryos. PGS can be used by those experiencing multiple miscarriages who may have different types of translocations where a piece of one chromosome breaks off and attaches to another chromosome resulting in a gain or loss of a cell’s genetic material.

Use of PGS has grown rapidly because of support by many physicians and patients who want to transfer a normal embryo. Some estimates suggest PGS is used in nearly 35 percent of all IVF cases and predict it may soon be used in half of all cycles. This is despite the price tag: the cost of PGS ranges from $3,000-$7,000 and is paid entirely by the patient – even when insurance covers the cost of IVF treatment.

Besides the cost, many are critical of how PGS is frequently used. While it often identifies embryos with a higher chance of implanting and becoming a baby, it has drawbacks: a small amount of damage occurs when the embryo is biopsied to remove cells for testing; the genetic testing systems sometimes don’t work; and freezing may damage the embryo. More important, a condition called mosaicism, where some of the cells in a generally normal embryo are abnormal or some of the cells in a generally abnormal embryo are normal, can lead to test results that do not accurately reflect the chromosome status of the embryo.

There is still controversy about how often these problems result in wrongly categorizing an embryo – the range is 10-40 percent with an average estimate of 20 percent. PGS can be used to increase the pregnancy rate and lower the miscarriage rate on at least the first embryo transfer, but likely reduces the overall cumulative chances of having a baby from a single IVF cycle by 20 percent. New challenges include determining more precisely how common mosaic embryos are, how best to detect them, and whether some mosaic embryos should be transferred because they might still result in a healthy baby.

Finally, there’s another caveat from the American Society for Reproductive Medicine (ASRM), “Genetic screening may help identify couples who have an increased risk of age-related or familial genetic disorders and birth defects. No single test, however, can accurately predict the risk of all defects in a child, and many birth defects, such as those related to environmental and toxic exposures and those that are random and unexplained, are not genetically based and may not be detected with genetic screening.”

Talk to your fertility specialist about PGD/PGS

When you’ve tried unsuccessfully to get pregnant and decide to undergo infertility treatment, there are many factors to consider. The same is true for pre-implantation genetic testing – it’s complicated. In this instance, your fertility specialist can help you discuss your options. Once your baby becomes a teenager, it’s also complicated – but then, you’ll be on your own!

New names for PGD and PGS

Additionally, the terms PGD and PGS are now being replaced by new terminology in The International Glossary on Infertility and Fertility Care. The new name for all tests is Preimplantation Genetic Testing (PGT). When done for aneuploidies, it is PGT-A; for monogenic/single gene defects PGT-M; and for chromosomal structural rearrangements, it is PGT-SR. So, what was called PGD is now PGT-M and what was called PGS is now PGT-A or PGT-SR. It will likely take several years for the new names to take hold, so it is acceptable to use either now. 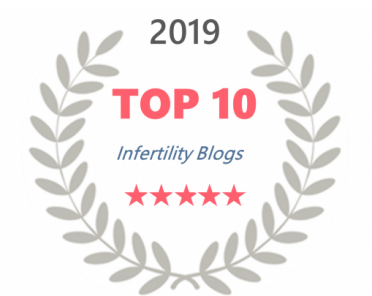 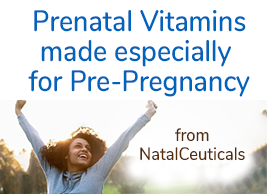