Home » Are Fertility Drugs Safe? Yes, According to Evidence to Date

Are Fertility Drugs Safe? Yes, According to Evidence to Date 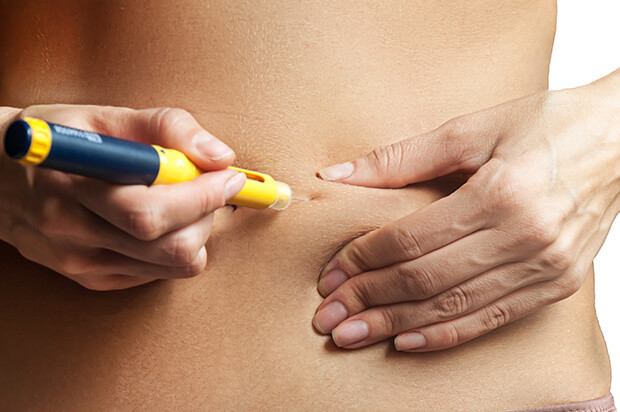 The majority of women who seek treatment for infertility will be treated with fertility drugs and/or have surgery. As with taking a drug for any reason, asking about safety is a fair question.

Fertility drugs came on the market back in 1967; it’s been forty years since the birth of Baby Louise via test tube and eight million babies have been born using in vitro fertilization (IVF) or other procedures. “We’re at a time point when, if there were anything major, we would have seen it by now”, says Alan Penzias, M.D., an associate professor at Harvard Medical School who serves on the Practice Committee of the American Society for Reproductive Medicine (ASRM), the professional society of fertility specialists. “Fortunately, we haven’t seen anything negative.”

Fertility drugs can be used by a woman who has infrequent ovulation or doesn’t ovulate at all. This is called “ovulation induction” and the goal is to achieve the ovulation of one or two eggs. Either clomiphene, letrozole or gonadotropins may be used. Often, intrauterine insemination (IUI) is performed at the time of ovulation. Or, if ovulation is normal but a woman is not getting pregnant, a fertility drug may help produce more than one egg at a time. This is called “ovarian stimulation” and clomiphene or letrozole may be used and, much less often, gonadotropins.

Fertility Drugs as Part of IVF

Medication is almost always part of the protocol for IVF, to obtain more eggs for fertilization to create embryos, to freeze eggs or be an egg donor. This process of “ovarian stimulation” aims to produce many eggs at one time and almost always utilizes gonadotropins. Studies show that 10-15 eggs are ideal for IVF and your doctor will calculate the dosage to achieve this outcome. The level of monitoring you’ll receive is based on your individual history and diagnosis.

So, are fertility drugs safe to take? History and research to date say yes. The most serious complication is ovarian hyperstimulation syndrome (OHSS) which usually occurs during the cycle or soon after, and is more common if pregnancy occurs. It causes enlargement of the ovaries, fluid retention, and weight gain. Symptoms may be mild to serious and, if the latter, may rarely be potentially life-threatening. OHSS is “an uncommon but serious complication” according to ASRM. Estimates suggest it occurs in moderate or severe form in only 1 to 5 percent of cycles. Research often cited by clinicians show that severe OHSS occurs in just 0.03 percent of cycles.

A Washington Post analysis looked at emergency room data across the U.S. from 2006-2014 and found an average of 1,000 women per year sought help for OHSS. It is likely over half a million cycles of ovarian stimulation occur per year, so this incidence of severe complications is very low. While any trip to the emergency room is cause for concern, it is worth noting that despite the enormous increase in the number of IVF procedures, the average annual number of ER visits for OHSS has remained largely the same.

Hospitalization for OHSS “is almost unheard of now” compared to twenty years ago, according to Dr. Penzias. Strategies for identifying high-risk patients and treating the condition have advanced in recent years. Among two recent studies on the topic, one argues that most cases of OHSS are completely “avoidable” while the other blames “increasingly aggressive treatment protocols” for continuing cases.

Professional societies for fertility specialists have developed standard dosing regimens, but every protocol is customized to fit an individual woman’s health and size. At the same time, there is nothing to prevent doctors from using larger doses.

Currently, there is no systematic way to track dosages or outcomes of fertility drugs in the U.S. United Kingdom fertility specialist Geeta Nargund, M.D. has recommended to Parliament that their requirements to track drugs and dosage given during IVF be updated to improve reporting including linking IVF treatment logs to hospital registries to have better tracking of adverse reactions. The Society for Assisted Reproductive Technology (SART) in the United States is now tracking drug doses so some better information on this complication will become available in the next few years.

Beyond the rare occurrence of OHSS, researchers question whether there may be long-term effects of fertility drugs. Some researchers have theorized that fertility drugs could have a potential impact in heart disease, depression, endocrine system disorders, cancer and other conditions. The few published studies say no, are conflicting or inconclusive.

According to experts, the short-term increase in estrogen – usually ten days for IVF – is “unlikely to have a profound long-term effect on a woman’s body.” More research is recommended given the association between estrogen and growth of some cancers.

Large studies in Denmark and Sweden looked at women who took fertility drugs – 50,000 and 24,000, respectively – and found no connection between fertility drugs and ovarian cancer. Data on ovarian cancer presented last June at a European scientific conference also showed no increased risk. Further, a British study of 250,000 women found no increased risk for breast cancer or invasive uterine cancer among those who underwent infertility treatment using medication

According to current ASRM guidelines “there does not appear to be a meaningful increased risk” of invasive ovarian, breast or endometrial cancer for fertility patients “based on available data.” They do acknowledge that for borderline ovarian tumors “several studies have shown a small increased risk.” There is no consensus on colon cancer and more research has been recommended.

One of the challenges in interpreting various studies is that women who receive treatment for infertility are a diverse group and their medical history and health status vary. Also, many studies group together women undergoing IVF, freezing their eggs or donating their eggs.

There’s no doubt infertility treatment is complex – many factors are considered when your specialist develops an individualized treatment protocol. Although your case is unique, having a thorough discussion of the benefits and risks of what your doctor recommends for the best chance of having a healthy baby applies to everyone.

← What is Polycystic Ovary Syndrome? Gestational Carrier Arrangements – What You Need to Know →